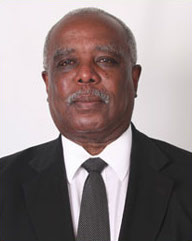 He joined the staff upon graduating from New England Institute of Anatomy 1964 and purchased the business in 1974. He was born on September 3, 1942 the son of Paul Cardoza and the late Isabelle M. (Lopez) Cardoza and the late Josephine E. (Phillips) Cardoza. His daughter, Christine, is a director and manager of the funeral home. John is a native of Providence, RI and a grandson of the late John F. Lopez, a funeral director and civil rights activist in Providence for over 40 years, until his retirement. Mr. Lopez was the owner of Lopez Funeral Chapel.

John F. Cardoza is an active member of the Cathedral of Saint John Church. He is a member of Otha Boone Lodge #931 I.B.P.O.E.W. Elks, a Past Exhalted Ruler, Past Grand Exhalted Ruler and Past State President and held several positions in his State Association. He is a Past Worship Master of Celestial Lodge #2 F&A.M. P.H. A., a 33rd degree Mason, Shriner, and a Past Grand Master. He has received many community awards. He is also a member of the National Funeral Directors and Morticians Association; as well as a long time member of the International Order of the Golden Rule. 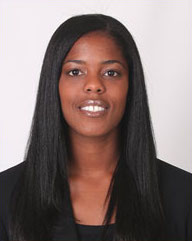 Born in Providence, RI on February 16, 1974, she is the daughter of John F. Cardoza and Beverly A. (Carvalho) Cardoza.  She graduated from Saint Raphael’s Academy in 1992.  Christine graduated from Mount Ida College in Newton, MA in 1999 with an Associate in Science and a Bachelor of Arts Degree in Bereavement Counseling.  Upon graduation, she joined her father at the Bell Funeral Home.  In 2000, she received her funeral director’s and embalmer’s license.  She is now in charge of most of the day to day operations.  Christine is very skilled in the art of cosmetology and funeral service pre-arrangement presentation.  She has held funeral service seminars in other states.  Her father stated, “I am very proud of Christine’s accomplishments.  I feel she is an asset to Bell Funeral Home."

If you need our services immediately, please call us.
We will begin the process of bringing your loved one into our care right away.